Sarah Fatemi is one of the fresh young faces and one of the only females in the Iranian American community who is doing Stand-up comedy. She has already performed at famed locales, The Comedy Store, The Hollywood Improv and The Comedy Palace. Fatemi has won a coveted and competitive Roast Battle hosted by the Roast Master General Jeff Ross. She has opened for comedians such as Whitney Cummings. And she has created her own comedy web series. Fatemi might be just a fledgling due to her young age, but she is already taking full flight in Show Biz. To catch up with Sarah Fatemi, we did a Q+A with this rising young star in Los Angeles.

Iman Sadri : Thank you for meeting with The Persian Observer, can you describe your upbringing, early life and education?

Sarah Fatemi : I grew up in Toledo, Ohio – a town 45 minutes south of Detroit. There were very few Persian families and I was one of the only minorities in my high school, but have been to Iran almost every year of my life, so I’m either totally Americanized or super Persian, depending on the case! I pursued my undergraduate degree in Marketing and International Business as well as my MBA in Ohio. I got into the Writing and Producing Program at Loyola Marymount University in Los Angeles in Fall 2015.

IS : What talents did you see in yourself that made you choose comedy as a career path ?

Sarah Fatemi : According to my parents, when I was a toddler, my drawings would show a story. I’ve always gravitated toward writing and acting, and as long as I could remember I could make people laugh.

IS : Who were your favorite comedians growing up?

Sarah Fatemi  : My very first exposure to Stand-up comedy was actually on vacation in Iran. My Dad put up a projector screen where my whole family sat and watched the Stand-up comedy of Hamid Mahisefat – even as a middle-school student whose Farsi wasn’t amazing, his facial gestures and jokes had me rolling on the floor. One of my absolute favorites has always been Daniel Tosh – I love how risky and unapologetic he is! Tina Fey and Amy Poehler from SNL are absolute Queens – I definitely looked up to them and still do. And of course, the Persian ones – Maz Jobrani, Max Amini, Enissa Amani, Hell, all of them. I recently got to perform on lineups featuring Amir K and K-von which was surreal – I especially love me some Mehran Modiri.

IS : If you could have lunch/dinner with a comedian no longer living would you meet with and why?

Sarah Fatemi : Lucky for me, none of my favorites are dead, so I’m going to go with Tina Fey, Mehran Modiri, and Daniel Tosh. One person who did recently pass away was Mitzi Shore, who owned The Comedy Store in Hollywood – I would have absolutely loved to have met her and see what it’s like to be one of the few female powerhouses running the comedy scene.

IS :  How did you get started in Stand-up and how long have you been doing comedy?

Sarah Fatemi : I fell into Stand-up serendipitously. When I first moved out to L.A. I was set on becoming an actress – and not necessarily a comedic one. I wanted to be like Jennifer Lawrence or Natalie Portman. During our first semester, my friend was acting and invited me to watch some of his shows. That’s when I thought, ‘I would love to do this!’ … That same friend was hosting an open mic at Danny’s Venice the next semester, and I started going every Thursday. It was so fun and therapeutic. Luckily, there was a total of four audience members (including the owner), so it took the pressure off and I could really develop my material. From there, I started going to Open Mic’s and auditions at other clubs, then slowly started getting booked. I’ve been doing it for two and a half years now.

IS :  a) Can you elaborate on your earliest Stand-up experiences and b) your writing process for your Stand-up?

Sarah Fatemi : My earliest Stand-up experience that I can remember was standing in front of my parents and our two family friends at the age of ten and making them laugh for a full hour. I didn’t know what Stand-up comedy was and that people get booked for it, until I actually watched Stand-up comedians on screen. I just thought it was something you did when you needed attention and felt energetic. As for real Stand-up, one of the first times I did it was the The Potluck in The Original Room of The Comedy Store, and I was met mostly with silence. It was so embarrassing. It really made me sit down and chug coffee to come up with better material!

My writing process involves a lot of coffee! For some reason, everything’s funnier when you’re caffeinated. I like to talk about things that relate to me like my culture, being from the Midwest, and being on the Keto Diet – I’m currently eating Cool Whip out of the container with a fork (yes, fork) at Midnight so you can see how that’s going.

IS : What do you think about the fact that you are making history being one of the only Iranian American females who has broken into comedy?

Sarah Fatemi : I think it’s a huge honor that you’re kind enough to call me that. I’m really excited that I have the chance to do this. On most lineups that I’m booked on, I am usually the only woman or woman of color and I think we definitely need more of our voices to talk about our experiences, and, of course, make people laugh !

IS : What more do you think can be done collectively as a culture to inspire Iranian Americans of the next generation to pursue careers in entertainment?

Sarah Fatemi : I totally understand the concern our parents have about being able to financially support ourselves in this cut-throat industry. I also understand that it’s important to pursue what you love. I would say to learn a trade while you’re honing your craft. And understand that there are much more opportunities now with the internet than there were, say, 15 years ago.

IS : Do you think it’s time for a sitcom with Persian American characters on network TV and b) what more can be done to get Hollywood to move in that direction ?

Sarah Fatemi : Absolutely! I think it’s long overdue. That’s what I am trying to do with my web-series, Saffron ‘N Rose (@saffronnrose_webseries) which is currently streaming on YouTube. I will say that being from the Midwest, the term, Persian seems non-existent outside of L.A. and other big cities. And that many people haven’t even heard of Iran, so we need to market our characters in a way that’s relatable to the general population while educating them at the same time.

I think just putting ourselves out there is the best way! Using platforms such as YouTube and Instagram, creating our own projects and entering them in film festivals, especially ones that focus on diversity. We can’t wait around for Hollywood to graciously open its doors – we need to be proactive!

IS : What were some of your favorite sitcoms growing up or now in syndication?

Sarah Fatemi : When I was a kid, I would spend hours every Saturday glued to TV-Land, the channel that screened shows from the 1950’s through the 1970’s, like Mary Tyler Moore, Dick Van Dyke, I Love Lucille and Gilligan’s Island. One of my absolute favorite shows of all time that still cracks me up years later is Grounded for Life. The writers of that show are geniuses and the actors are phenomenal. I watched Full House, 30 Rock, and That 70’s Show. I also got a dosage of international comedy with British shows like Keeping Up Appearances and Iranian (Mehran Modiri) comedies like Pavarchin. I think it’s important to learn different styles of comedy and deliveries. It doesn’t necessarily have to be inappropriate to be funny.

IS : a) What are some of your favorite TV shows/sitcoms on television today ? b) Could you name any that you would like to star in as a new character?

Sarah Fatemi : I absolutely adore Broad City and would love to play a character on it. It served as a huge inspiration for Saffron ‘N Rose – I love it when both halves of the female duo are smart and witty. I love Brooklyn 99 and want to be on it as well – and not just because I have a crush on Andy Samberg. Some of my favorite shows are animations made for adults, like Family Guy, F is For Family, and Big Mouth.

” We need to market our characters in a way that’s relatable to the general population while educating them at the same time.”

IS : What does your schedule consist of during the day, since you do Stand-up at night?

Sarah Fatemi : Funny you should ask – I am currently looking for a day job. I just finished graduate school a couple of months ago, so I’m doing freelance social media marketing. I need to accept that in this field, most of our jobs are going to be freelance or temporary. I have to say comedy saved me. Whenever I hit that stage, whatever I’m worried about just goes away. Comedy gave me confidence. And it’s not a huge industry; any club you go to for a show, you’ll run into someone you’ve performed or chilled with at another club. Everyone is so supportive, regardless of how far into the game you are. We’re like a big family.

IS : Imagine you’re 100 years old and reading your Wikipedia profile page, what are some other career milestones that you would like to see on there?

Sarah Fatemi : I would love to have starred in a film or television show that I wrote, written a book, recorded both a comedy and singing album, and have been politically active for causes that I care about. I’d also like to be happy married to a Team Melli player with three kids 😉 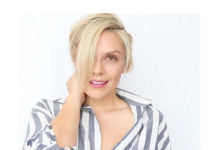 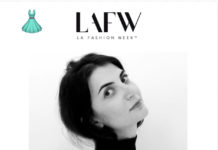 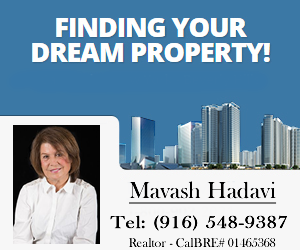 Why Edgar Ramirez Should Play Francisco Vázquez de Coronado in a...

Prolific Persian: Shar Pourdanesh – Q & A with the first... 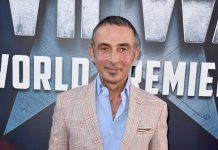 Prime Time Persian : Q+A with Shaun Toub : The Most... 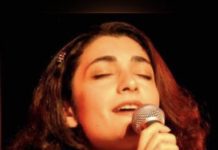 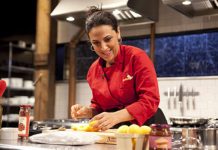 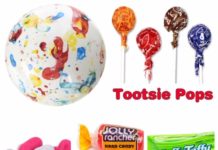 The Link Between Diabetes and Gum Disease.

The Most Expensive Rug of All Time – a 17th Century...

The Best Cocktail in Orange County

Q+A with a Prolific Persian : Interview with A-List Actress Shiva...