In this Golden Age of Television a plethora of throwback TV shows have been brought back to the small screen. Every season more are being added to the list. Iconic programs from the 1970’s and 1980’s have been remade into hit new shows. Hawaii Five-O has returned and has become a mainstay on CBS. Other shows that have made comebacks include, The Odd Couple, The New Perry Mason and Uncle Buck to name a few. Coming soon this fall to CBS is a MacGyver reboot making its return to network television. TV shows from yesteryear have been rebooted and turned into feature films also. Some of these include, Charlie’s Angels, The A-Team and 21 Jump Street.

A program that was a big hit in the 1980s that should be made into a reboot is Miami Vice. Since many of the actors on the recent reboots are fresh young faces two actors that are recommended for a Miami Vice reboot would be Carl Akajiobi and Lucky Blue Smith.

Miami Vice was made into a feature length film starring Colin Farrell and Jamie Foxx in 2006. Michael Mann who was a director on the 1980’s show also directed the film remake. Mann and Anthony Yerkovich, the creator of the 80’s show should consider a Miami Vice reboot for several reasons. One of which is to capitalize on the social media following of Carl Akajiobi and Lucky Blue Smith. Akajiobi and Smith are two young modeling heartthrobs with an extensive millennial social media fan base. These followers can become regular viewers on network television giving the network an immediate built in viewership. Akajiobi and Smith would play the parts of Ricardo Tubbs and James “Sonny” Crockett played by Phillip Michael Thomas and Don Johnson, respectively.

Carl Akajiobi is a model and actor who has been featured in multiple ad campaigns. He has a growing cult following on social media. He has starred in a myriad of theatrical productions and independent films including but not limited to, Project Fuse, Luke, No Where to Go But Up and Deadball. Lucky Blue Smith is a reputable male model who has a rugged James Dean persona. If acting is in his future consideration, playing a young detective in Miami could be welcomed.

Another reason Miami Vice should be remade is the emergence of Miami in pop culture. Ballers, which is set in Miami has become a big hit on HBO. With Cuba having its sanctions lifted and opening its borders for international trade, many storylines could take place there. The Miami Vice series was largely about catching drug dealers. With Miami becoming a hub of heroin trafficking in addition to the continued cocaine trafficking, a Miami Vice reboot could center around new narcotic storylines.

Seeing Carl Akajiobi and Lucky Blue Smith dressed in white suits with pink shirts and white shoes driving in a new white convertible Ferrari would be something viewers would gravitate towards and would want to watch weekly. Mix in the art deco setting, captivating storylines, beautiful actresses playing important characters, and the network would have itself a hit show in Miami Vice.

Iman Sadri is the founder of Hollywood Smile TV and can be reached at ThePersianObserver@Gmail.com

The Best Bloody Mary in So Cal is at Nick’s Laguna...

Why Roberto Cavalli Should Be Played by Alberto Ammann in a... 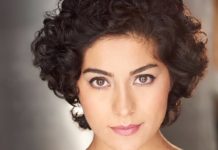 Q+A with Shani Moslehi – Executive Director of the Iranian American...

Four Ramin’s Who Are Making Their Mark in Hollywood