The script ‘Marco Polo in Persia‘ by new screenwriter Rob Milani recounts the tale of Marco Polo during his travels in Iran in the late 1200’s. Polo traveled through the heart of the Silk Road, and visited Iran on several occasions. He wrote about his adventures in Iran in his book, ‘The Travels of Marco Polo.’ Marco Polo visited Tabriz, Bam, visiting the Bam Citadel (UNESCO Heritage Site), which was destroyed by the Bam Earthquake of 2003, then later rebuilt.

Marco Polo visited Iran during the mid 13th century when it was ruled by Ilkhanids, descendants of Genghis Khan. Polo visited Kerman, three times and walked through Yazd. Polo visited the oldest tree in Asia, the 4000 year old Abar-Kuh, near Shiraz. His travels started in Hormuz. The order of Polo’s travels after Hormuz was that he went to Kerman, then Khorasan, then Yazd. He then went to Saveh, where he saw a Zoroastrian fire temple.

There are many adventure tales to be told of Marco Polo’s travels. Oscar Isaac looks just like Marco Polo and should play him in a biopic. Even if the story is not about Polo’s Persia travels.

Iman Sadri is the publisher of The Persian Observer

Why Shaun Toub Should Play Nader Shah in a Biopic

Master The Psychology of Weight Loss :

Why Ayden Mayeri Should Play Amal Clooney in a Biopic

Why Ben Barnes Should Play a Young Tchaikovsky in a Biopic

Sofia Boutella Danced with Madonna for a Decade On Her Path... 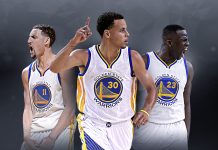 The Warriors Recipe for Success Includes a Lot of Curry

Q + A with Actress + Film-Maker Nasim

Why Shaun Toub Should Play Nader Shah in a Biopic

Why Oscar Isaac Should Play Marco Polo in a Biopic

Master The Psychology of Weight Loss :

Why LeBron James Should Go to the Knicks … and How...

How Shohreh Aghdashloo’s Role as UN Undersecretary in Expanse on SyFy...